During my trip to Japan, it was an overall amazing and wonderful experience. With many new unbelievable sights, sounds, culture, people, lifestyle and most importantly, FOOD! Being an avid lover of Japanese cuisine and my number 1 choice whenever dining out, visiting the country of origin of my beloved cuisine was like a dream come true. Discovering gastronomic experiences only available in Japan and its diverse regions. From the hustle and bustle of Tokyo to the mountainous regions of Hakone hot springs, each region offers their own and unique take on the wondrous cuisine which is Japanese food.

During the first leg of my Journey, we had gone to Disney Sea, the only Disney Theme Park based upon the nautical side that is Disney. Offering delightful and interesting foods such as weird tasting popcorn to Disney show themed foods. Chandhu’s Tail (From Aladdin) was a creamy chicken cream bun that was surprisingly filling and really tasty. Albeit it looking like a sweet treat due to it’s striking colours. 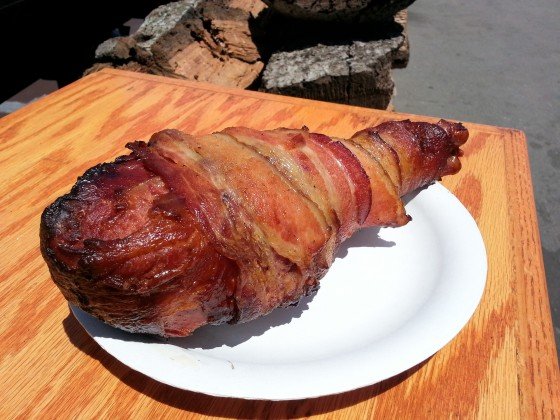 Another famous and must have was the Turkey Leg with a nice cup of beer. I have never seen so many variations of Popcorn in my life! Nor have I even imagined possible. Unfortunately I did not have the stomach capacity to try them all! (Nor the budget)

How can one visit japan and miss the chance to have fresh sushi made by chefs who’ve dedicated most of their life to perfecting their craft? We paid a short visit to the Tsujiri Market which is world famous for having the best seafood around the world, we wondered into a few shops before deciding that we had no idea how to tell one apart from another. We just tried our luck and stumbled upon a gem. The chef was very friendly although our communication was rather scarce, but the food was amazing.

It also came with complementary Miso soup which was a delightful surprise.

After that, we headed out and walked along the market to try various street foods. But what stood out for me was the massive scallops coated with sea urchin. My sister found it too fishy but i found it perfectly seasoned and a very unique experience that I highly recommend that everyone tries. Although it was abit pricey at 1000 yen for 2 scallops.

At night, we decided to get lost and just wonder around the massive and wacky city which was tokyo. We stumbled upon a bar which offered really amazing food although we didn’t know how to read the name of the shop and was releatively small. Only able to seat around 4 tables (4 pax each) at any given time.

We each had a bowl (don) topped with freshly cut sashimi and treasures from the sea which perfectly accompanied the lightly seasoned sushi rice.

We then headed to Tokyo tower the next morning and found a delightful Crepe stand which offered all kinds of weird and wonderful assortments.

Moving onto Hakone, which is a mountain region of Japan. We stayed at a traditional hotspring during our stay. But we had also ventured out to local eateries which offered wonderful sukiyaki which was perfect for the cold weather up there! We were directed here by one of the very friendly and helpful staff from our lodging.

We then ventured into the region of Osaka and tried this famous restaurant which only served dishes made entirely out of soybean. From the appetizer, entree, main and even dessert! Taste was a little bland for my liking, but it was an interesting experience nonetheless.

That’s all for now. More to come later.

Written by Edward Lee
Previous Article JANEENADVENTURES IN UNIVERSAL ...
Next Article Drumming at a music festival i...

5 Most Interesting Libraries and Bookstores in Malaysia

Best Things to do in Singapore