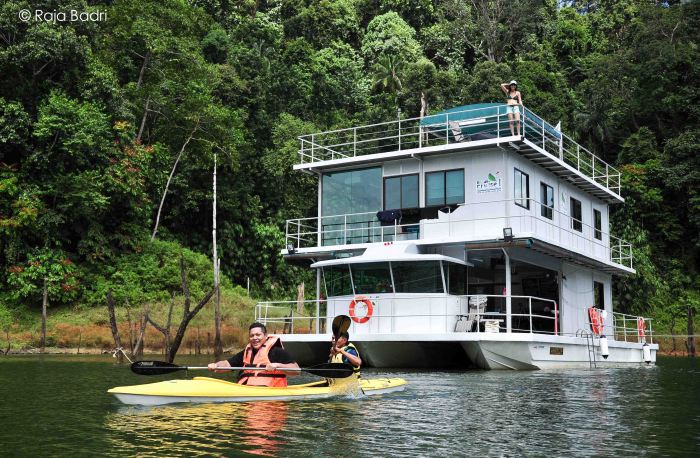 Welcome to Royal Belum Rainforest… a 130 million year old rainforest, said to be even older than the Amazon. We love the jungle and usually the best way to enjoy them is by camping, hiking and such. Don’t get us wrong but there are times when you just want a warm bed to land on after a long tiring trekking trip. So when a friend introduced to us a houseboat that acts as a base camp we jumped on it!

This 3 storey houseboat is owned by the Royal Belum Resort and it is the only houseboat they have. When we first stepped our foot on the boat, we were impressed. It has four rooms with a total of 11 beds (air-conditioned), a kitchen, a family area and 3 toilets. The houseboat comes with its own crew that consists of the captain, the cook, the recreation guy and an assistant. 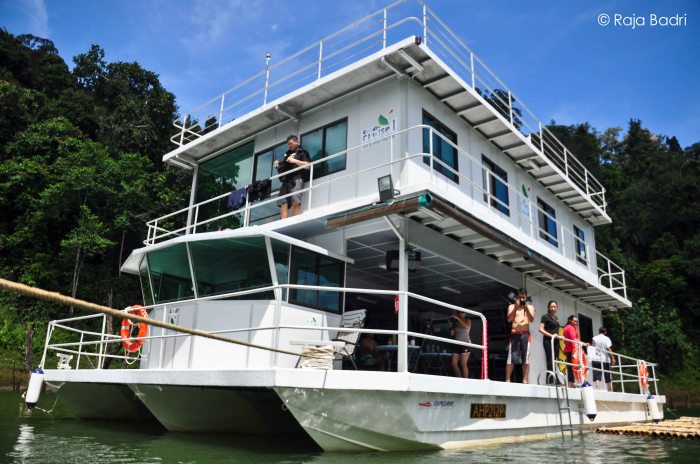 And so our houseboat-jungle adventure began. In the heart of the forest is a huge man-made lake called Temenggor Lake. This fresh water lake was created due to the construction of the Temenggor Dam in order to generate electricity. Construction of the dam began in 1967 and began operation 8 years later in 1975.

As a result of the construction of the dam, the entire valley was flooded, creating the Temenggor Lake today that stretches 80 kilometers long, 5 kilometers wide and depth of 124 meters (deepest).

The name ‘Belum’ comes from a huge grasshopper that resides in the thick jungle. This grasshopper creates the sound ‘belummm, beluumm, beluummmm!’ 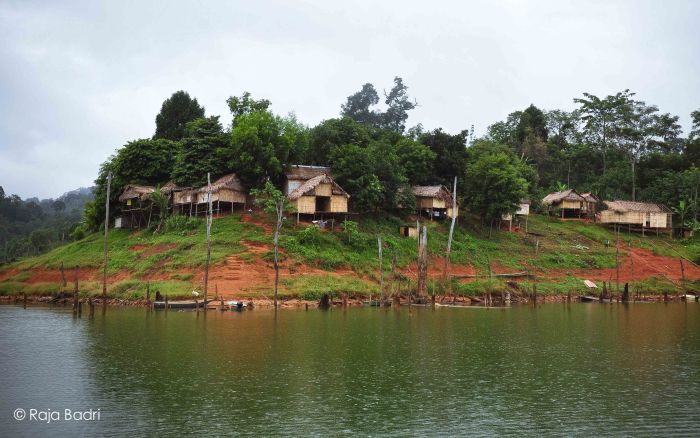 The Jahai Tribe of Belum

Cruising the Temenggor Lake, we were captivated by the beautiful scenery of Royal Belum Rainforest. It seems as if we were the only boat on the lake. The tranquility is indescribable.

There are many activities that can be done around Royal Belum Rainforest. We decided to stop by one of the ‘orang asli’ villages that we saw to see the tribe people up close and personal. 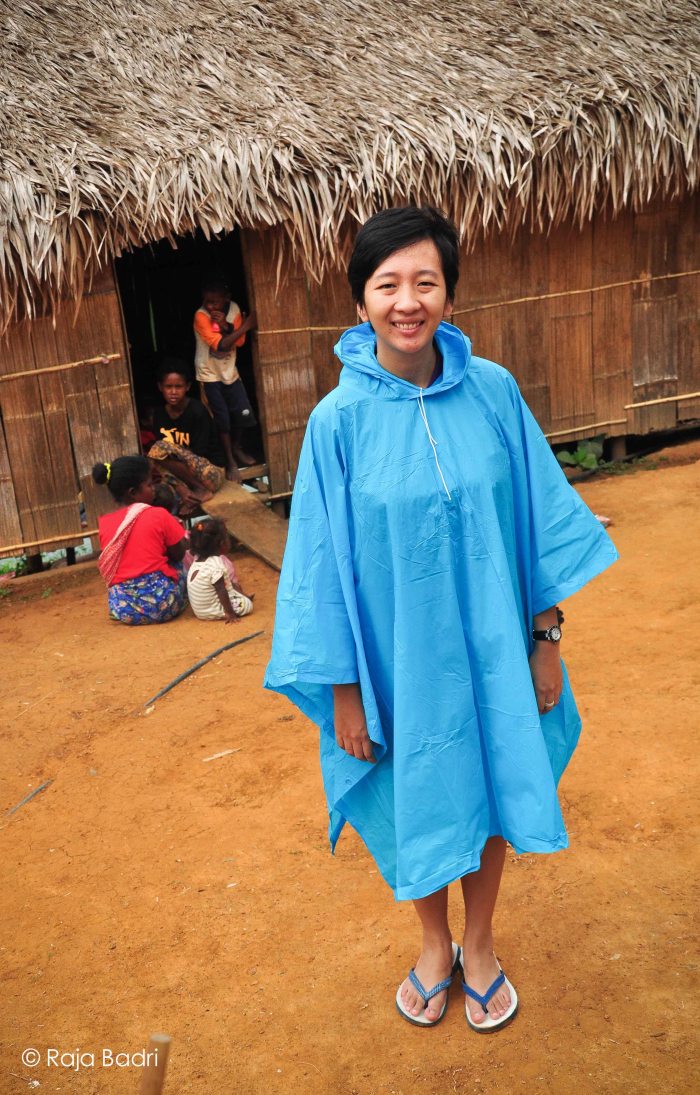 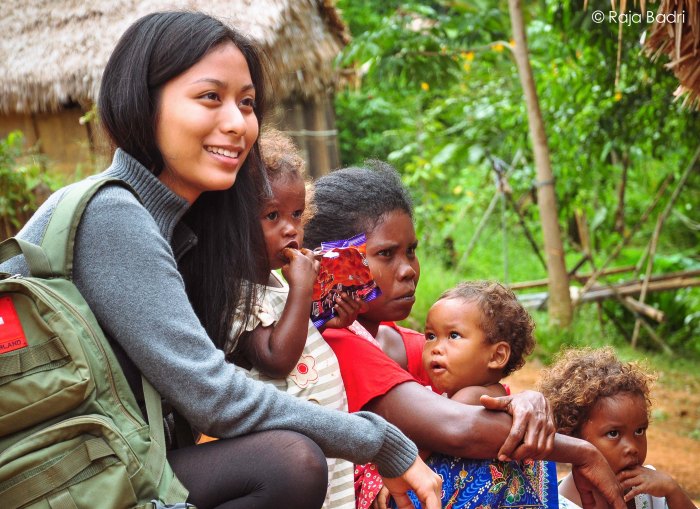 There are two major groups of orang asli in Royal Belum, ie the Senoi and Negrito.    The village we visited was the Jahai Tribe, a sub-ethic group among the Negrito. 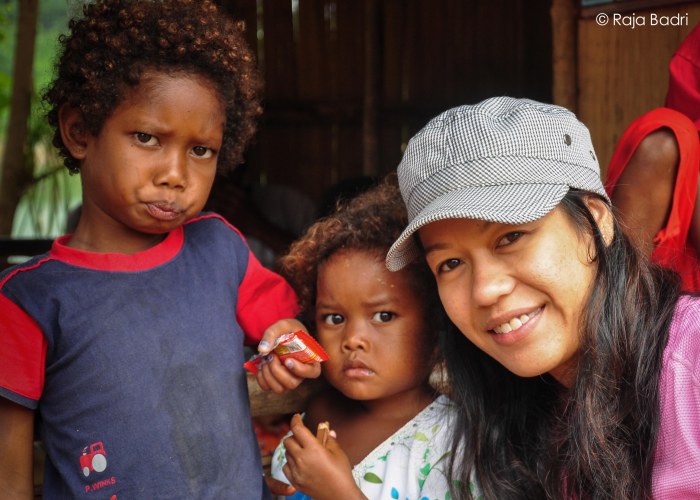 Should you ever find yourself visiting any of ‘orang asli’ villages, apparently it is customary to bring gifts. Simple gifts such as sweets, tidbits, snacks or even a pack of tobacco. 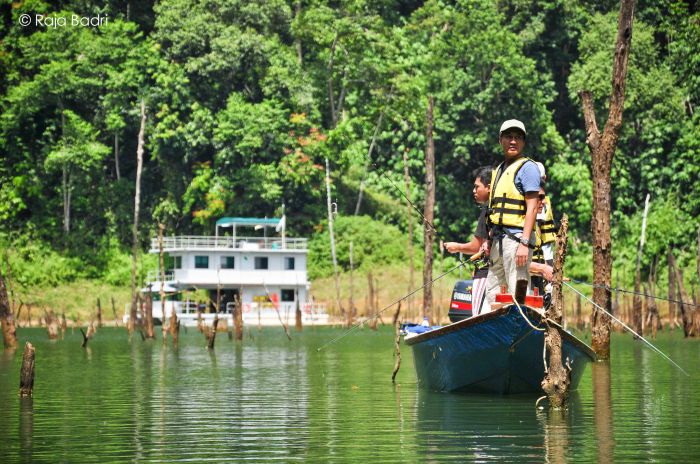 Paradise for the anglers. 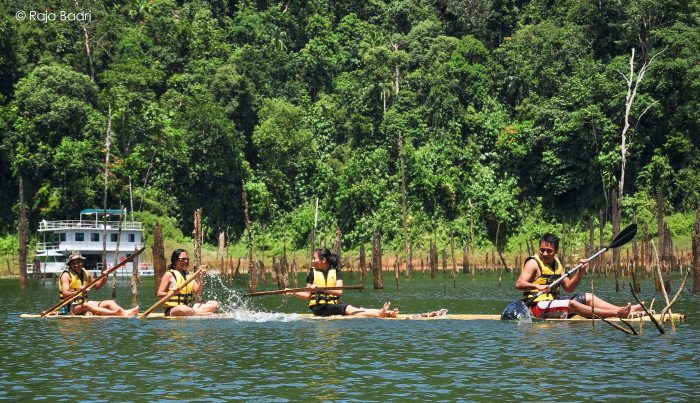 The houseboat has kayaks that you can use to explore the lake. 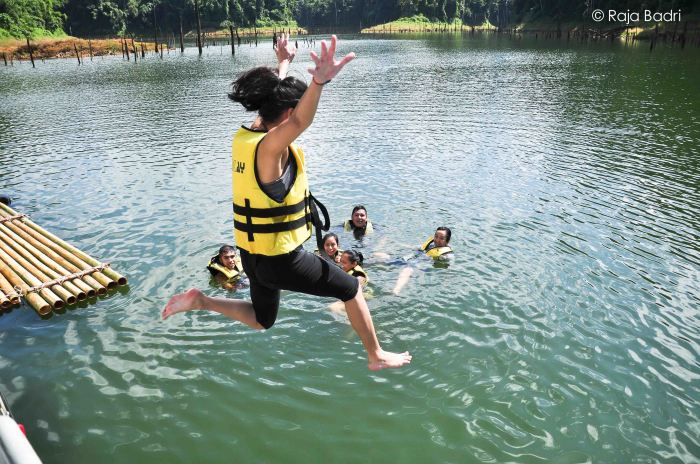 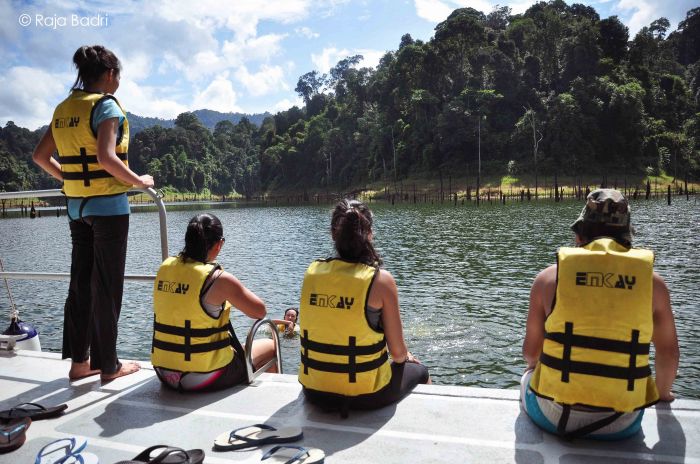 Of course, we don’t always spend time on the boat. There are many waterfalls around the area so we decided to hike to one of the waterfalls nearby. The hike took about 20 minutes. 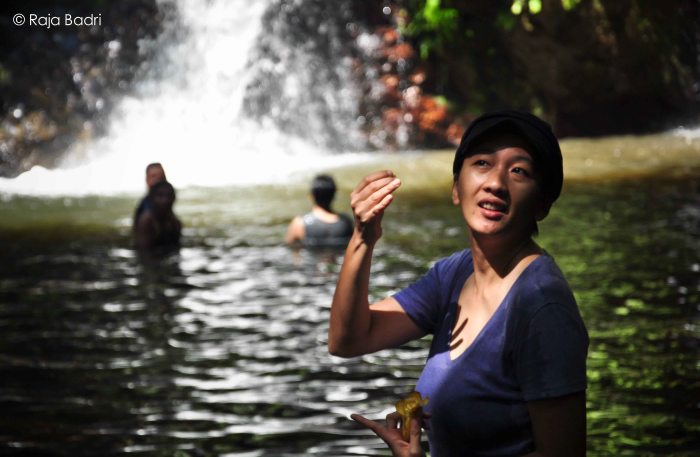 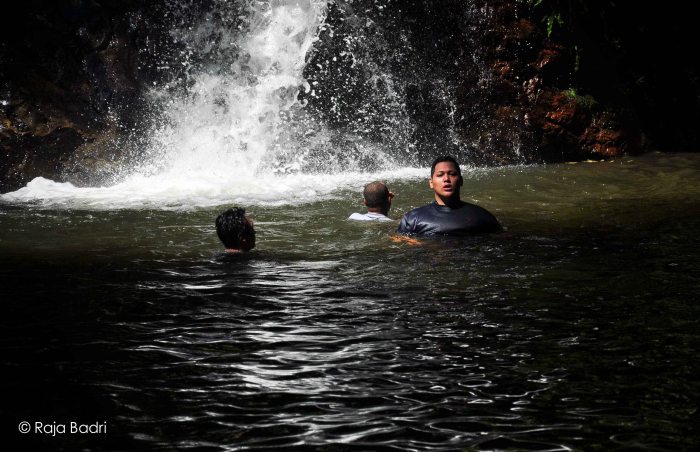 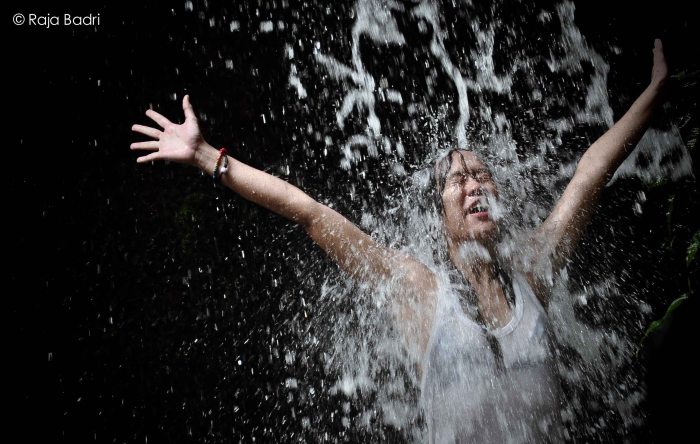 After spending hours at the waterfall, tired and hungry.. it was just good to be back on the boat. 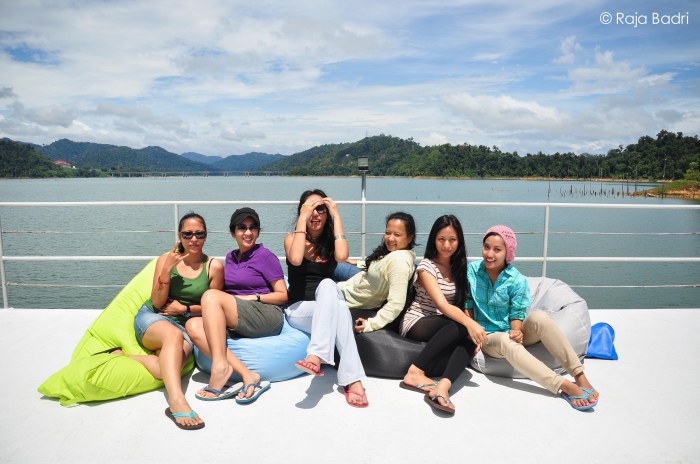 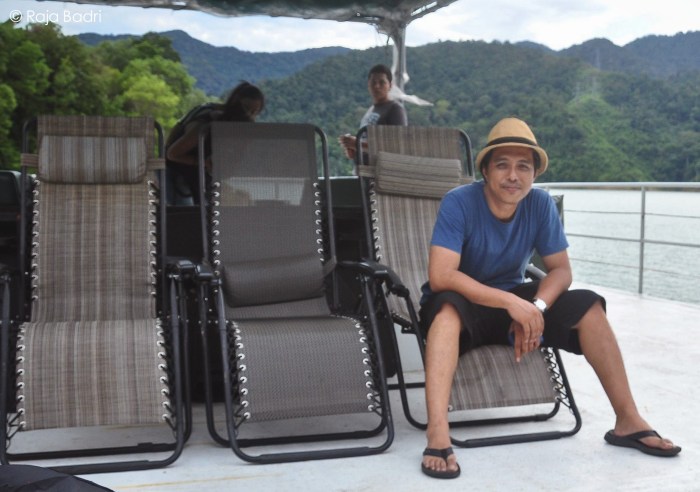 We love houseboats.. and now we love it even more.

One of our most recommended place to visit in Malaysia.

Hmm…maybe, we should try to experience all the houseboats in the world

Your Gateways To Getaways. Get inspired to travel the world, share exciting travel stories and be rewarded for being a part of Malaysia’s Largest Travellers Community.

Deepavali, the Festival of Lights