This article is brought to you by Skyscanner.

Where are you going for your year-end vacation? The back-end of the year is packed full of vibrant celebrations around the world, so book now for spectacular fireworks in Taipei, graceful religious ceremonies in Bangkok, soulful Christmas carol concerts in London or gourmet delights in Osaka. Read on for the top 10 destinations searched for by Malaysians for their year-end getaway based on Skyscanner data, so you can start planning and booking your well-earned end-of-year holiday.

Channel the spirit of Christmas with a trip to swinging London. The end of the year brings festive cheer to the UK capital with crisp air and cosy nights. Join the hordes of shoppers picking up last-minute gifts, check out the Christmas lights along Oxford Street and Covent Garden and don’t forget to keep an eye open for the incredible window displays in the shops along Regent Street.

Hit some of the city’s amazing Christmas markets and fairs from mid-December, such as Christmas in Leicester Square or head over to Hyde Park for the Hyde Park Winter Wonderland where you can skate around the UK’s biggest ice rink or splash your cash on festive trinkets and snacks at the market. The end of 2016 is a great time to catch a concert with the BT Christmas Concert and gigs from the likes of Placebo, Travis, Selena Gomez and Daughter. Get into the groove of Christmas with a carol concert at Westminster Abbey for an unforgettable end-of-year London experience! 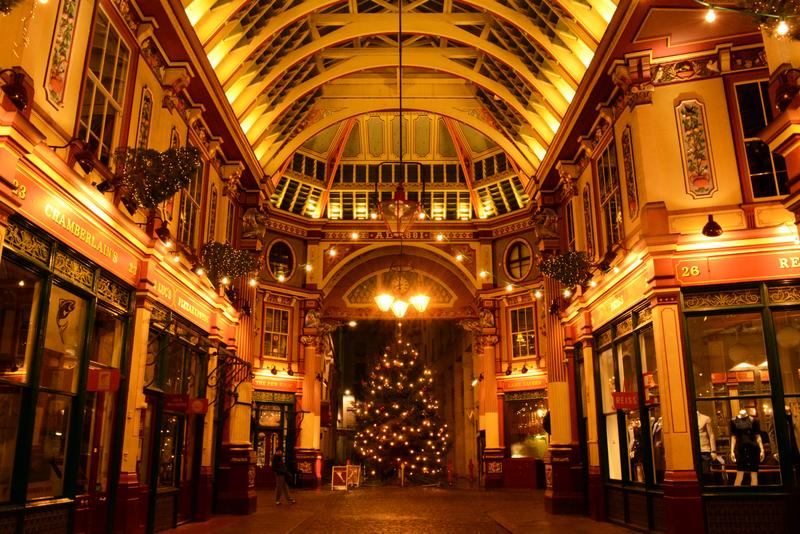 The back-end of the year can be frigid in Seoul, but this city has enough pep and spicy street food to keep you glowing with warmth. First stop is the bustling Christmas market around Sinchon subway station where from Dec 21st until Dec 29th you can sing carols, see musical performances and join a tug-of-war. Tchaikovsky’s ‘Dance of the Sugar Plum Fairy’ is one of the festive period’s best-known tunes; catch it at a performance of the Nutcracker which is performed daily at the University Arts Centre. Foreign visitors get a 20% discount, so a trip to see this Russian-directed ballet is a bargain wintery treat.

Lotte World’s Christmas Carnival is a must-visit if you’re heading to Korea with kids. It features Christmas parades, a gargantuan Christmas tree and musical performances sure to set your children’s hearts racing. If the weather’s too chilly, warm your bones with K-Pop grooves and head over to Co-Ex for the K-pop experience programme where you can get tips on your lyrical prowess, bust some choreographed moves and try on some glam outfits. Best of all, this programme is free!

Be sure to catch the Nutcracker for a festive treat. Photo credit: AramNuri OulimNuri Arts Centre / Flickr

Tokyo switches on its festive lights around the end of October. To enjoy the best wintry lights and illuminated trees, head over to Odaiba and the shopping mecca of Ginza. Take a slow and romantic stroll around the Roppongi Hills area, which has colourful LEDs gorgeously illuminating the trees set against the Tokyo Tower. New Year is a big deal in Japan, and at midnight on December 31st, bells are rung at Buddhist temples around the city. The temple bell is sounded 108 times to symbolise the number of destructive worldly desires that exist in our minds. Some temples will allow visitors to strike the bell, including Tsukiji Namiyoke Jinja in Tsukiji and Tenryu-ji in Shinjuku.

The new year period in Tokyo is a shopper’s dream with many items being sold at huge discounts in areas such as Ginza, Roppongi and Harajuku. On New Year’s Day, shoppers will love spinning the wheel on a fukubukuro, a lucky bag where you pay for the contents without knowing what’s in it. Contents are usually worth much more than the ticket price, so take a chance and bring back the child-like thrills of unwrapping gifts, though at the more famous stores such as Laforet Harajuku, you’ll need to join long queues to get your hands on one. 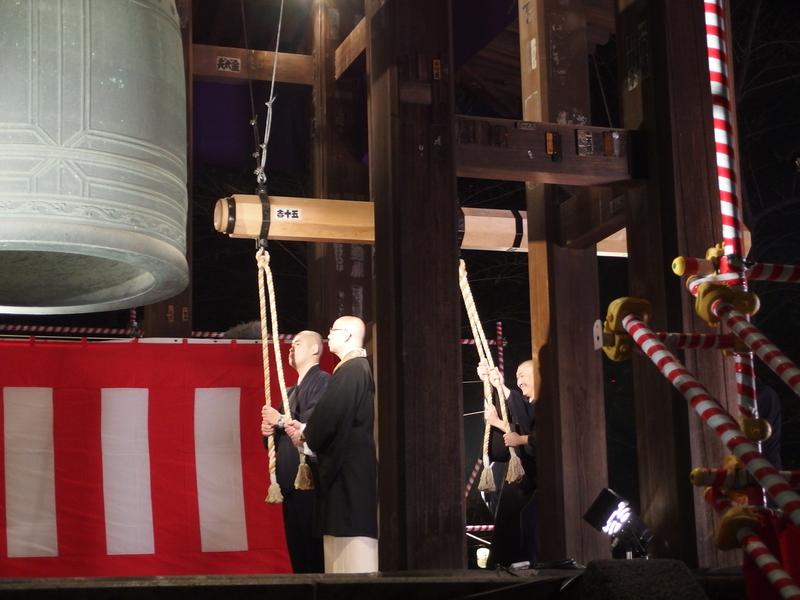 Head to a Tokyo temple on New Year’s Eve and ring in the coming year. Photo credit: Guilem Vellut / Flickr

The weather in Taipei at the end of the year is beautifully mild, with temperatures in December hovering around a comfortable 18°C. The most famous end-of-year party in Taipei is the spectacular New Year’s Eve celebration at Taipei 101, which features some of the island’s best pop acts and performers, huge crowds and amazing fireworks. For something a little Christmassy with the kids, pop over to Christmasland in New Taipei City and enjoy handmade snacks, fun rides and Taiwan’s tallest Christmas tree!

Check out the city’s renowned tea houses for a mellow afternoon with a cuppa or warm the spirits with a bowl of Taipei’s renowned beef noodles before exploring the city’s night markets such as Raohe or Shilin to hunt down famed local snacks such as blood cake and stinky tofu. After all that snacking, stay trim by signing up for the Taipei International Marathon in December and get a unique angle on the city from the normally busy streets.

You certainly won’t need to pack your mittens and scarf for a Kota Kinabalu getaway, but there is still loads of year-end fun for all the family around the city. As all good kids know, Santa visits every child in the world and you can see lots more of him on the Santa Run where you can join thousands of Santas on a run around the city!

On December 2nd and 3rd, head to Kinabalu Park at the foot of mighty Mount Kinabalu, to celebrate the listing of the mountain as a UNESCO World Heritage Site with cultural performances and rituals. For a cool day trip out of the city, head up to Tenom to the Sabah Agriculture Park on 4th and 5th December for Baa…Let’s Go To The Park, to join in mountain biking, fishing, a treasure hunt, and exploring the beautiful park. Or get your snorkel and flippers out for a relaxing trip to Pulau Gaya. On New Year’s Eve, take a trip down to the beach at Tanjung Aru and witness locals running into the sea to cleanse away the sins of the previous year.

Japan’s third largest city is a great place for a winter getaway. The festive season really kicks off with the city’s illuminations that run from November 20th until January 9th. The Midosjui Illuminations include the street with the most illuminated trees on earth stretching for a staggering 4km, and the Hikari Renaissance Illuminations include the “Wall Tapestry Lighting Show” featuring giant projections on the walls of the Nakanoshima Library.

Next, get stuck into some of Osaka’s famous food to ward off chills. The city is known as “the kitchen of Japan” and locals take food so seriously here the maxim kuidaore (eat yourself to ruin) seems to have been coined for diners who hop from one eatery to the next until oblivion. Head to Dotonbori or Soemon-cho and indulge in must-try dishes, such as battera, okonomiyaki and kushikatsu. If you’re in town for New Year’s Eve, join the crowds and make your way to a temple, such as the beautiful Sumiyoshi Taisha to perform Hatsumode, the first prayers of the year, or witness the bell ringing rituals at Minamimido Temple. 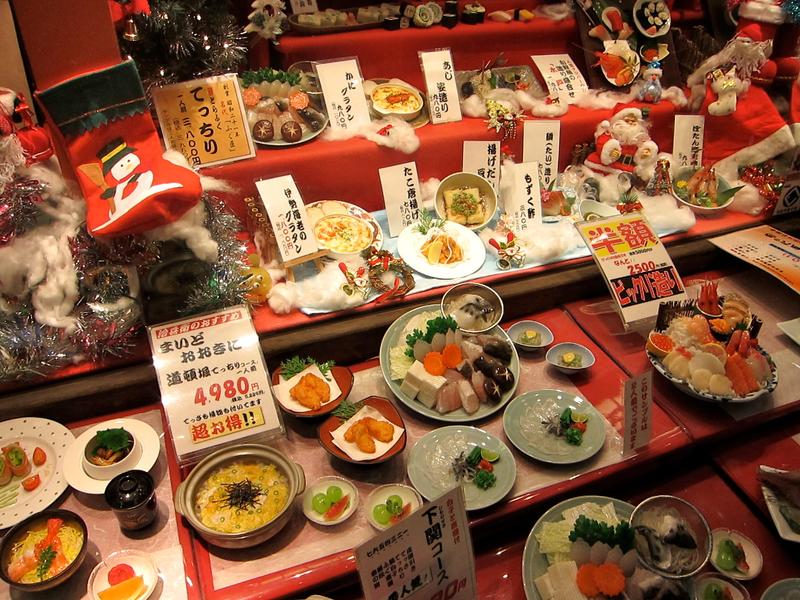 The Jewel of Kedah, Langkawi, is one of Asia’s finest places to vacation at the end of the year. Once you’ve had your fill of duty-free shopping and lazing on the beach, channel your inner artist at the Langkawi Art Biennale, which this year is based around the theme of exploration. Featuring artists from around the world and art (from sculpture and installation art to contemporary), this exhibition is sure to get the creative juices flowing.

Satisfy the kids with a trip on the Panorama Langkawi cable car and vertiginous SkyBridge or take a tour around the stunning UNESCO Langkawi Geopark for a stunning encounter with the island’s natural beauty. For a spectacular New Year’s Eve, go to one of the major beaches where thousands of candle–lit floating lanterns are released into the night sky to signify good luck for the coming year and toast in the New Year with friends!

Read more: Where to stay in Langkawi; 10 best hotels 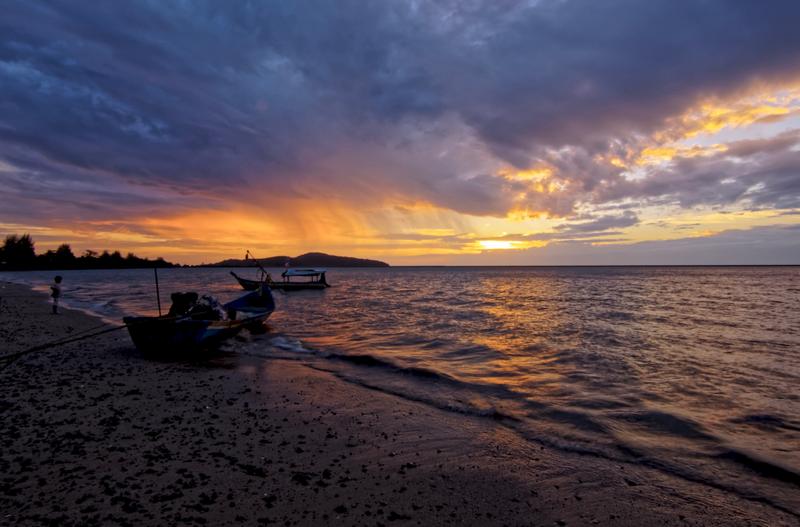 Bangkok is always a thrilling place for a year-end holiday, where the city is jam-packed with exciting events. Visit Bangkok in November to witness Loy Krathong, the full-moon celebration marking the end of the rainy season. Bangkokians congregate along rivers (and by lakes and canals) to pay their respects to the goddess of water by releasing lotus-shaped rafts decked with candles and flowers onto the water. Head to Asiatique for a spectacular Loy Krathong along the Chao Phraya.

As one of Asia’s most-visited cities, Bangkok is transformed at Christmas with brightly-lit trees, stunning malls, decorated tuk-tuks and twinkling food stalls beckoning you in with festive cheer. There are lots of New Year’s options in Bangkok with the most popular place, Central World, attracting hundreds of thousands of revellers with beer stalls, spicy snacks, fireworks and DJs. For something more intimate, head to a rooftop bar such as Above Eleven for spectacular views of the fireworks lighting up the city as the clock strikes midnight. 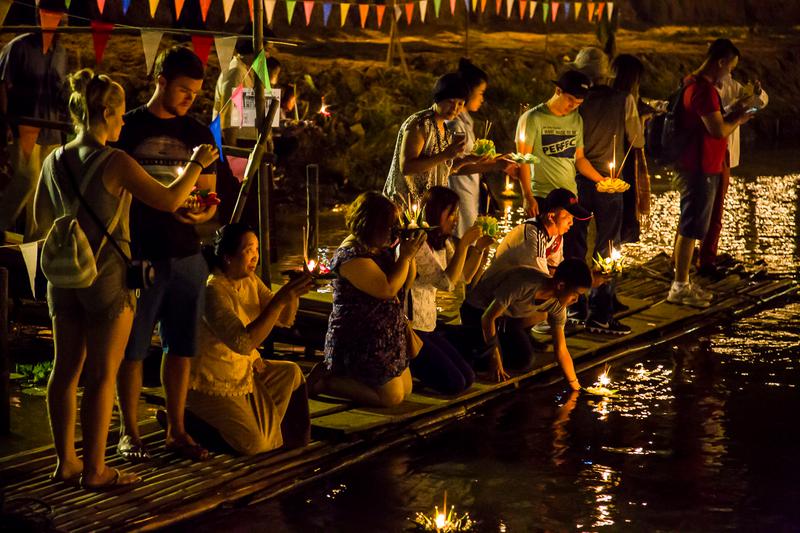 Read more: Budget itinerary in Bangkok: a 3-day itinerary for under RM600

Hong Kong’s annual Winterfest makes the city one of the best places to spend the end of the year. Enjoy illuminations throughout the city, incredible decorations around Central and from 25th November until 28th December, enjoy the free nightly Hong Kong Pulse 3D Light Show – a spectacular 3D visual performance at the Hong Kong Cultural Centre.

Don’t forget to watch the free nightly Christmas-themed Symphony of Lights from the Avenue of Stars in Kowloon, with its amazing lights and lasers on the beaming from the towers of Hong Kong Island. Take the kids for a memorable treat to Hong Kong Disneyland’s Sparkling Christmas through November and December, for performances and opportunities to meet and greet all their favourite Disney characters in seasonal clothes.

If you’re in Hong Kong for New Year’s Eve then you’re in for a treat; the free light and firework display and New Year’s Countdown at Victoria Harbour is a true visual feast. Join the party early to ensure the best views among the party-goers on the shoreline or head up to a rooftop bar on one of the city’s many skyscrapers for an unforgettable countdown celebration. 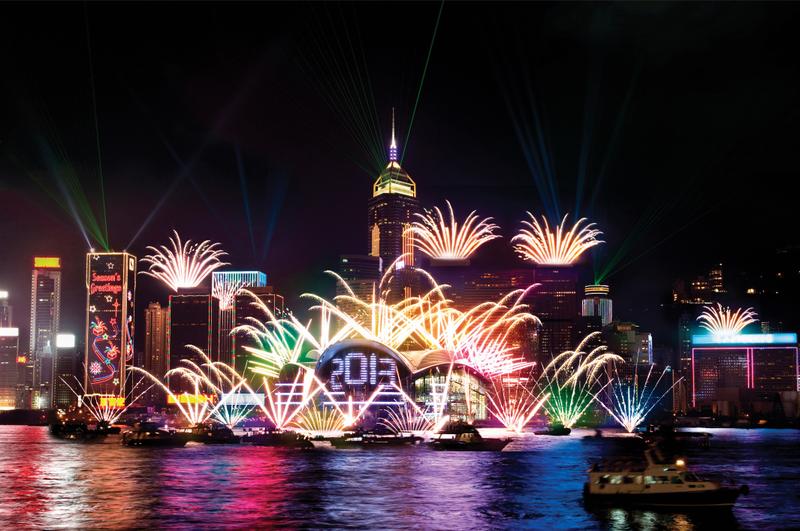 Read more: Travel on a budget: Hong Kong for under RM2000

Forget snow and driving rain for your year-end Auckland getaway; temperatures in December average out at a divine 20°C, making this a perfect destination. Seasonal joy kicks off early in New Zealand’s most populous city with a great family fun day out in early November at Manarewa Santa in the Carpark family Fun Day with games, face-painting and a special appearance from the man himself. 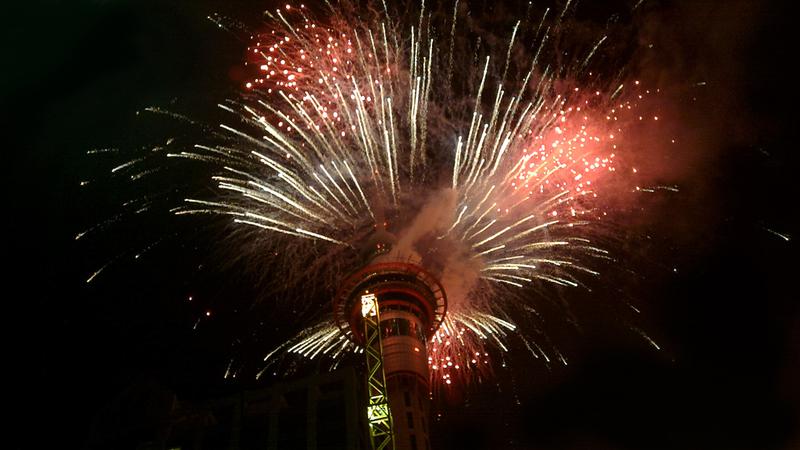 The Sky Tower is the brightest place in town for a memorable New Year’s Eve in Auckland. Photo credit: Salman Javed / Flickr

Read more: 10 of the world’s best places to go as a female solo traveller

Don’t miss out on a memorable year-end trip vacation to these top destinations. Book your November and December holidays now! Book cheap flights, hotels and car rental via Skyscanner or check out and download our free mobile app for easy browsing and booking on the go.

Your Gateways To Getaways. Get inspired to travel the world, share exciting travel stories and be rewarded for being a part of Malaysia’s Largest Travellers Community.

Previous Article The Best of Langkawi under RM ...
Next Article World's Best Christmas Food an...

5 Most Interesting Libraries and Bookstores in Malaysia

Best Things to do in Singapore